Would Girls Rather Receive a Punch or a Glare?

The answer to the question in the title is unequivocally a glare, by a long shot. What is interesting is that most girls in grade school and middle school have little awareness of the power of their non-verbal communications unless you point it out in a heart-to-heart conversation. I have done just that with circles of incredible young ladies at my camps, retreats, and Strong Girls Strong World School Program, and the picture displayed in this blog was the work of one such group last year. 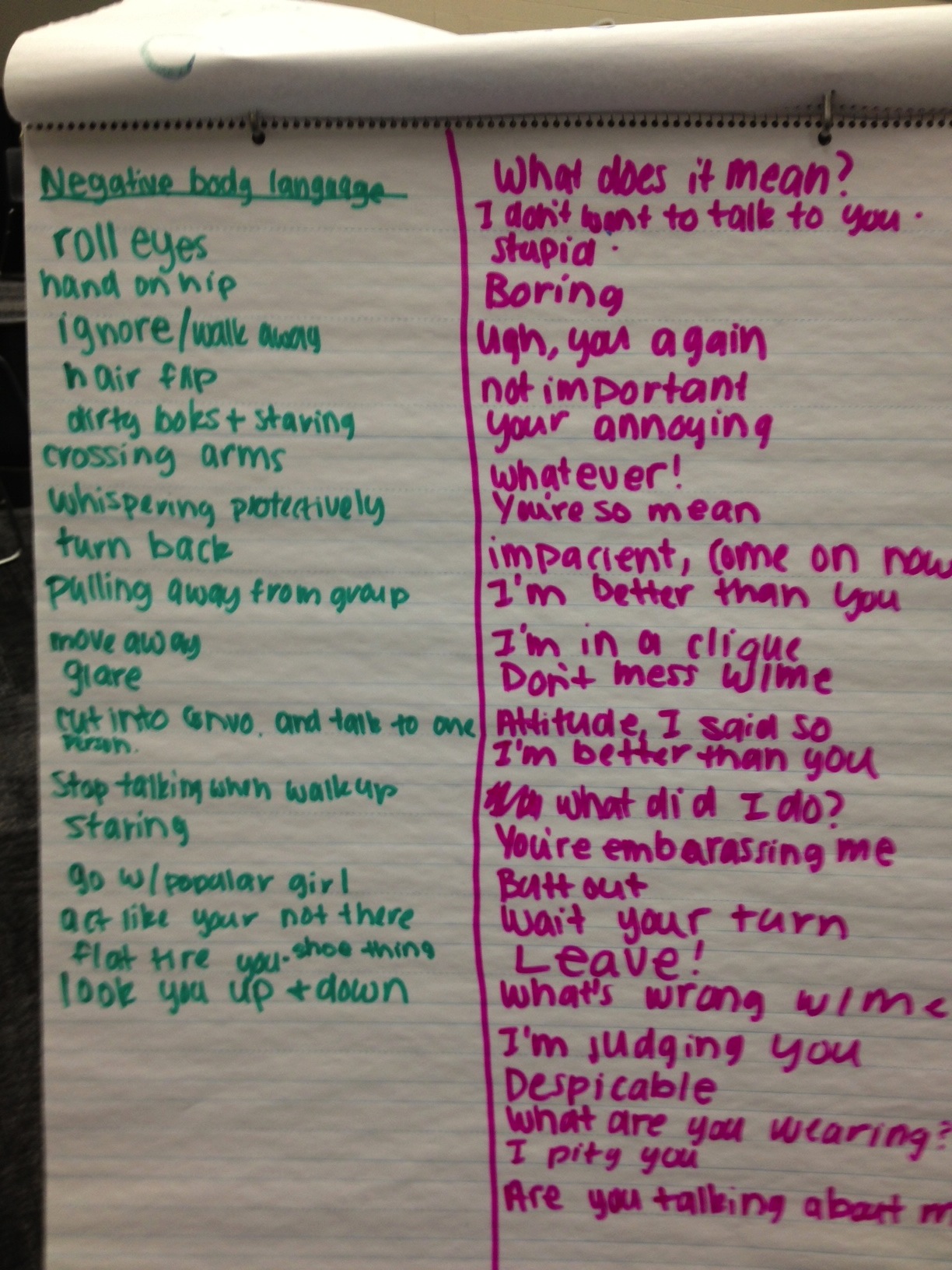 I had them state and demonstrate the various ways girls can be ‘mean’ to each other non-verbally. And they loved acting out the stares, glares, hair tosses, hands-on-hips posture, whispers, and excluding actions. But what was most important was having them give words to each of the gestures, i.e. if your gesture could talk, what would it be saying to the other girl? At that point, it wasn’t so fun.

What their actions were saying is things like: You are boring, stupid, unwanted, not worth my time, despicable, and unimportant; I hate you, don’t want to be seen with you, are embarrassed to be seen in your presence, am better than you, am judging you negatively big-time, pity you; don’t mess with me, butt out, leave us alone, you don’t belong here. And the girls admitted that they gave out and received the messages loud and clear. It was sobering to look at the list and to own up to the fact that you had been ‘saying’ those things to peers and friends.

When boys hit each other in a fight at school, teachers go ballistic and punish and suspend and call out their zero-tolerance policies. The previously mentioned ways that girls ‘hit’ each other goes under the radar of adults and is much more passive-aggressive and invisible. But the targets get deeply hurt, more deeply than the physical wounds boys experience.

And so schools and parents must do a much better job of educating girls about the power of their non-verbal communications, and the costs to individuals and the classroom community when it is allowed to occur. Schools also need to value social-emotional learning much more highly, because when they don’t they become unwilling to give girls the time and space to do the work with each other that needs to be done to both handle and prevent relationship aggression.