Are your child’s dreams boundless or bounded?

Paul Coelho, best-selling author of The Alchemist, was an aspiring writer in his youth, much to his parent’s chagrin. He grew up in a very repressive dictatorship in Brazil, and his parents urged him to take the safe route by becoming an engineer. Bribes, threats, and psychiatrists all failed to force Paul to give up on his dream of being a writer. So his parents admitted him into a mental institution, not once, but three times because they feared he was crazy. Paul managed to escape three times before his parents gave up. He moved to America, and the rest, as they say, is history.

Paul Coelho’s advice to young people: “Follow your heart, and then one day you manifest something. This is the real alchemy.”

It took tremendous determination and a single-minded purpose for Coelho to overcome the obstacles to becoming a writer. I worry that many young adults today lack the level of grit it requires to follow their dream when it goes against the grain.

I read about entrepreneur Brian Chesky in a People Magazine article in the December 28, 2015 issue. Brian’s well-intentioned parents encouraged him to major in something that would get him a good paying job with health care benefits. Brian chose to follow his heart, which led him to study art at the Rhode Island School of Design. After graduation, he struggled to pay his rent in L.A. until happenstance intervened. A conference sold out all the hotels in town, and he had the idea of turning his apartment into a B&B. He and his roommate made $1200 the first week, and a new business idea was born: booking houses like a hotel room.

Everyone told them it was the worst idea they’d ever heard, but Brian was not deterred. He is now 34 years old and worth an estimated $3 billion. His website, Airbnb, connects 60 million global travelers with greater than 2 million listings.

Brian’s advice to young adults: “You just have to believe in yourself. If I didn’t, there wouldn’t be Airbnb. I just wanted to build a company with my friends. Along the way we inspired people to become entrepreneurs and see that anything is possible.” 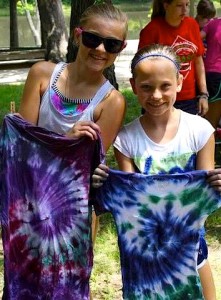 Parents today often discourage their kids away from careers in the arts and even education because, “You can’t make a good living doing that.” Brian Chesky made his arts education work for him: “As an artist, you have to sell your work, you have to brand yourself. It was a boot camp for business.” Many kids don’t want to displease or disappoint mom and dad, and so they give up on their passions and dreams. A limitless future becomes limited, and so they settle into a constricted life path.

Kid’s dreams are shaped by many determinants, including advice from adults, cultural conditioning, what is valued in society, and peer pressure. I see kids starting early in life following a regimented, prescribed path laid out by their family and the education system, leaving little room for their own individual ideas and desires.

I encourage parents to embrace their children as they are, not as they wish them to be. Allow them to develop their own definition of what success means for them. Support them in finding their passions, and then from the periphery, fan their flames. Following your heart and fully engaging in your own boundless dreams is what creates a life of happiness and fulfillment.