The sinister truth about teenagers and JUULs

The tobacco companies are at it again, making E-cigarette products like the JUUL that appeal to teenagers as a way to create a new generation of smokers. By the end of 2017, JUULing accounted for nearly a half of the market share for e-cigarettes, and in my experience, a lot of teenagers are partaking despite the fact that most adults have no knowledge of what it is. 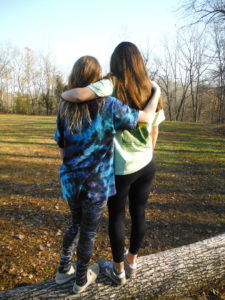 JUULs resemble thumb drives, thus making them easy to hide. They produce minimal vapor and they come in eight flavors including Crème Brulee and mango. One JUUL pod contains about 5% nicotine, or about 200 puffs equivalent to 1-2 packs of cigarettes, much more concentrated than other e-cigarettes. A starter kit can be bought for around $50, and the pods around $5, making it somewhat expensive.

Teens tell me they like the ‘buzz’ they get with a hit, kind of a head rush that lasts a few minutes. If they smoke a lot, it requires more to elicit this rush. It has become the new cool thing for teens, and the ability to sneak it right under the noses of parents and teachers makes it even more enticing. Girls hide it under their bra strap and can take quick hits right in class or in the bathroom at school. The flavors are also part of the appeal. Adolescents find it to be a new way to connect, sitting around in circles passing around someone’s JUUL as they talk and joke around. It gives the impression of being ‘safe’, and thus it’s easier to ignore it’s negative effects.

My worry is that the teenage brain is susceptible to addictions. Teen baseline levels of dopamine are lower than adults, making them more easily bored and requiring more stimulation to get them excited. But the release of dopamine in response to stimulating experiences is higher, causing them to gravitate towards thrills and risky behaviors, and producing increased impulsivity and vulnerability to addictions. The adolescent brain is more vulnerable to the effects of nicotine than the adult brain. Adolescents progress faster to nicotine dependence than adults, find nicotine more rewarding, underestimate the risks of smoking, and are more influenced by smoking behavior in their social milieu.

Talk to your teenager about e-cigarettes and in particular JUULs. Listen to what they say about their experiences and their friend’s experiences with it and be sure they are educated about the long-term negative effects of nicotine on the teen brain. Use JUULs as a gateway to talk about fitting in, being true to yourself, and how to trust your gut and make good decisions. Don’t overreact, as this is just the next new way that teens are trying to act cool, fit in, and seem more like adults. When it comes to things like e-cigarettes, what teens need most  is understanding, empathy (remember your behaviors and temptations as a teenager), and education.

Look for my newest book, Letters From My Grandfather: Timeless Wisdom For a Life Worth Living; it is available in both print or e-book formats.   Kindle version     Print version 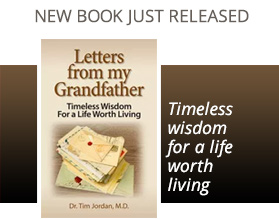