A girl’s basketball coach that doesn’t get it

I watched two girls I know from my summer camp play in a varsity high school basketball game recently and came away appalled at the coach’s antics. He wore a constant scowl on his face, jumped up in anger at every transgression, and berated his young team at every time out. They were down by 10 points at halftime, but by the look on the coach’s face you would have thought they were losing by 30.

When the team trudged back to the bench to start the second half, they looked deflated. One of the girls told me later that the coach really gave it to them in the locker room, screaming and calling individual girls out. They were defeated before the half began, and in the end lost by 30. And I left the gym thinking: this coach has no clue how to coach girls. 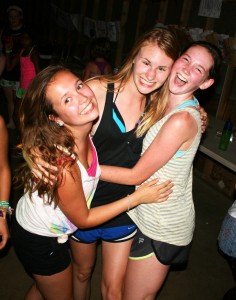 Females are wired to connect and for emotional sensitivity, and their brains are programmed to avoid conflict and maintain social harmony. These traits have allowed girls and women to survive in our 150,000-year history, 99% of which has been lived in uncivilized times. If you are coaching girls, you need to understand and appreciate this wiring.

Girls are more tuned into emotional nuances, making them more sensitive to criticism than boys. They take feedback from coaches personally, often making it mean that the coach doesn’t like or care about them. If a coach yells at a girl’s team, I guarantee that most of the players have these thoughts running through their heads: “OMG, what did I do wrong? Coach is mad at me; I think he hates me. I’m letting him and the whole team down!” They are sensitive to disappointing their coaches and teammates.

Female athletes need to know that their coach likes them and cares about them. Avoid judgments, criticism, anger, and yelling. Be sensitive in how you give feedback. Girls like it when their coaches know something about them besides the sport; ask them how their play tryouts went, or what they did on spring break. They also like team bonding experiences, because their primary social group often comes from the team they are on.

I don’t believe that girls are weak or can’t handle things. But I know from experience and research that girls are motivated different than boys, and have distinct needs. If a girl feels that their coach cares about them, the coach will get their attention and their best efforts.