Sexual harassment begins in the hallways of middle school

The Harvey Weinstein saga might hopefully shine a light on a problem much closer to home: the issue of teen girls being sexually harassed at school. Adolescent girls get groped primarily in the hallways and classrooms at school, but girls also experience guys grinding on them on the dance floor at mixers and any place where they are not supervised. Sexual harassment is so common that many girls I have talked to have become numb to it. 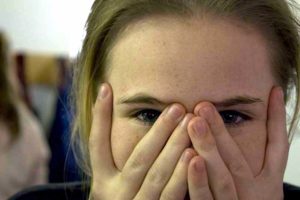 Annie: “It happens all the time; guys will squeeze your butt or ‘accidently’ rub up against your chest or kind of grind on you. I’ve told them to stop a million times, but it doesn’t do any good. So, I usually just keep walking and try to ignore them.”

Annie’s statement is the most disturbing aspect of this problem for me; it’s so commonplace that it’s become the norm, with girls feeling helpless to stop it. I recently sat in a circle of middle school girls and they were very animated as they discussed the ways boys harassed them at school. They told me it starts in 7th grade, and when I asked why then, they jokingly responded that, “Girls don’t have butts until then.” Adolescent girls also feel pressured to send partially or fully nude photos of themselves, with around 28% of high school students and 33% of college students giving into it through text or email. Boys are also much more likely to send sexually explicit written messages than girls; a kind of ‘technologic groping’. While it’s true that boys can be harassed by girls and girls by other girls, in this blog I’m focusing on the more common boy-girl kind.

Girls have told me innumerable times that if they stand up for themselves in the hallway at school, the boy and his cohort will laugh at them and say she’s a prude. If she gets more aggressive in her defense, she’s called a feminist bitch, and if she does nothing she’s labelled a slut who likes it. Disturbingly, their peers become muted bystanders, with almost no one ever standing up for their friends. Countless girls have told me that they have reported what happened to the principal or school counselor, and nothing happens. Sometimes they are told to ignore him, or they are blamed for egging the boy on by their outfit or behavior. And almost always, NOTHING happens to the boy. Girls tell me it’s useless to bring it to an adult’s attention because nothing is going to be done about it anyways, particularly if the guy is a star athlete. And the beat goes on, just like in the Weinstein world of movie producers and starlets.

I advise girls to follow this prescription. Find an adult like the principal or school police officer who you trust will take you seriously, explain what’s been happening, and tell them that if it occurs again you want to be able to go to them and have action taken. The next time a guy grabs her butt in the hallway, I suggest she firmly and assertively get in his face and tell him in a loud voice, “Knock it off! I’m not willing to be touched unless I say it’s okay. If it happens again, I will march into the office and report it to the police officer on duty. Never again!” Then I tell them to turn and walk away and not care about what people think of her actions. If the guy tries it again, follow through and report it immediately, and if they’re not satisfied that action is taken, she and her parents can go as high up the chain of command as necessary to have the issue addressed; principal, district office, head of the school board.

Young people won’t take this problem seriously until the adults around them do. There is still an attitude out there that ‘boys will be boys’ and that it’s the girl’s fault that boys misbehave because they’re wearing ‘provocative’ clothes or acting sexual. Guys who violate girl’s boundaries should experience immediate, severe consequences so that girls feel safe and everyone gets the message that the school is taking this issue seriously.

Punishing guys is obviously not the whole answer, but it would send a clear message that these behaviors will no longer be tolerated. We also need to revamp the ‘guy culture’ that promotes disrespecting girls. Boys need to be educated about how their behaviors affect girls and themselves. They need to learn non-physical ways to experience closeness, and to spend more time hanging out with females so that they learn how to relate with them appropriately. Teenage boys also need to learn that even a weak “no” or “stop it” from a girl means NO! with no excuses.

Research has shown that the best anti-bullying programs are the ones that focus on the bystanders, not the perpetrator or victim. I believe the same holds true for sexual harassment. We need to create spaces where teens can have open discussions with each other, allowing all of the behaviors and resultant feelings to come to the surface so they can be dealt with. Commitments and boundaries need to be set by girls, guys, and the school, and there should be regular follow up to make sure everyone is accountable. Students, parents, teachers, and the district all need to be on board and to be part of the solution process.

The seeds of the sexual harassment behavior by adults in the news were planted much earlier in their lives, and for most it probably began in the hallways of middle and high school. Everyone has a part in solving this problem: girls, boys, parents, and schools. Do your part to raise awareness, provide education, and offer a forum for continuous discussions about this issue. 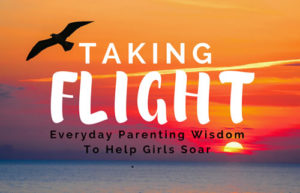