How Amy lost her light

Amy’s dad passed away when she was 12 years old, but the biggest harm to her occurred before his death. After her parents divorced when she was 7, her dad had intermittently been in and out of her life. He had some addiction issues, so even when she spent weekends with him, he was often numbed out and not present. She learned to take care of herself and him in those times, and it forced her to grow up fast.

When Amy was 10, she had had enough, and she told her dad she wasn’t willing to spend time with him until he got his life together and could be the kind of dad she wanted and needed him to be. From that point on, months went by with no contact from him; he never called, he forgot her birthday, and didn’t invite her to spend time with him. He connected easier with her younger brother, and spent time hunting and going to sporting events with him. She was sad, hurt, and confused, but she maintained her stance of wanting him to take the next steps in order to have a relationship with her.

Her dad called her out of the blue one day, wanting to talk with her, but Amy was too angry with him to take the phone call. Three days later she found out he was dead, apparently having succumbed to the consequences of his addictions. Amy was devastated. She felt sad, but more importantly, guilty. She wondered if things could have turned out different if she had taken his call three days earlier and spent more time with him. Maybe she could have helped him conquer his problems. 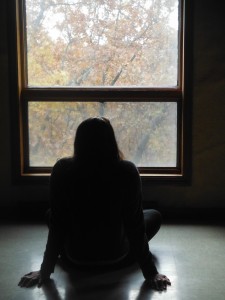 Amy’s guilt and shame also caused her to feel bad about being powerful. Her spunkiness had allowed her to set an incredibly tough boundary with her dad, but now she believed it had been a bad thing. From then on Amy shrunk, lost her voice, and stopped standing up for herself; she hid her light. It kept her safe and out of the limelight, but keeping all of her authentic energy hidden was draining.

There are many reasons girls decide consciously or unconsciously to hide their power; cultural pressures to be “good girls” who are not too loud or too out there or too powerful, allowing Queen Bees to overpower them, or feeling bad about times when they felt they had been too bossy or intense. Dominant girls oftentimes have rough edges when they are young, and they are often judged or punished for being too dominant, for speaking out, or for being too aggressive and competitive. I fear we are losing some potential formidable leaders because of this.

Amy has learned that she wasn’t responsible for her dad’s issues or death, and that setting the boundary to take care of herself was incredibly brave, wise, and mature. She has started coming out of her shell, and the sassy little kid that is such an important part of her spirit is coming out to play again.

1 thought on “How Amy lost her light”